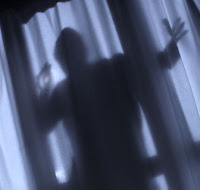 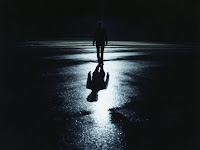 Pallavi’s uncle, a respected high official in the police, was recently posted at a station near Betla as a member of a special force, in an effort to combat the attacks on the police and government offices, which had in some past years become rampant. Pallavi doubted if these incidents had anything to do with the uprisings Dilip would, at times, passionately talk about some years back. In past two years Dilip did not mention anything about those.
The grief of death covered the house like a shroud. Her uncle’s body was identified only with the help of the gold chained Allwyn watch he had been wearing. Her family was struck with a mixture of grief, anger and feeling of revenge. They wanted the worst of punishments for the persons who had committed the crime and this aristocratic, influential family would use all its power to ensure it. Pallavi again yearned for Dilip. How much she wished he was by her side!
Just two days later the grim silence of the mourning mansion was yet again torn by the panicked voices of the men of the house. Two of the persons who were apparently involved in the landmine blast were killed in a combat. The newspaper had published the pictures of the dead. Pallavi waited for her turn to look at the newspaper.
Like a sudden landslide, the news article cruelly snatched the piece of earth from beneath her feet! She saw the photograph of Dilip, an injured and dead Dilip, with eyes shut and blood oozing out from the head. Whatever she could gather from the print in the newspaper, before losing her consciousness, read like this: “Dilip Kumar, the area commander of the warfare group from Chhatra and his companion, who were apparently involved in the landmine blast two days back, have been killed in a combat, near Hazaribagh, last night……”
Posted by Annie's Desk at 6:20 PM