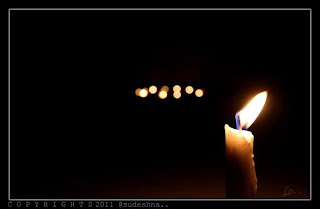 Business Talk: Which Way Ahead?? 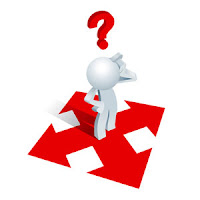 If Aleph is indeed the autobiographical account of  Coelho's journey of personal discovery, The Zahir is perhaps a reflection of his inner search, only narrated more beautifully. Aleph, in all fairness is probably Paulo Coelho's most personal account ever to be printed in black and white, yet, if you have read The Alchemist or The Zahir before, you may find traces of a deja-vu in Aleph.


The novel starts with Coelho's revelation apropos the stagnation of his spiritual growth. He embarks on a journey that starts from Africa and then to Europe and Asia via the Trans-Siberian railway. Most of the book describes the author's experiences during the journey with his publisher and Hilal, a girl whom he meets in the travel. Coelho soon finds out that she's the one whom he had loved five hundred years ago in a different incarnation. What follows next is a very intimate account of the relationship in their past lives.


Here the novel takes a Bollywood slant and for those with a more realistic eye, the timelessness of Hilal's presence in Coelho's life is somewhat unconvincing. If reincarnation and related stories are not particularly your choice, I would suggest you skip this novel.


To me, reading Coelho is a trial of self discovery more than the relevance of its contents in terms of realism. The beauty of the sentences leave an indelible mark on me, the magic of his words and thoughts often overwhelming and provoking the mind to see beyond what the eyes can behold.


And who knows such an Aleph may just exist somewhere for you too....waiting only to be discovered!

The Unbearable Lightness of Being....Jobsless

This Bijoya Dashami, as Maa Durga of our ancestral Puja was about to hit the waters of Ganga, I slipped in some fervent prayers. There were the usual greedy supplications to take care of me, my parents, my girlfriend, my one-car-one-home-one-pug-two-kids utopia, my depravities, my aspirations, my fears, my nightmares. It was all about the I. The prayer, inexplicably, however, ended with "Maa, take care of Steve Jobs". But then, not so inexplicable I guess. It ended indeed with an 'i'.
Before the 8th of January, 2007, Steven Paul Jobs was as alien to me as Justin Bieber is to me now. Prior to that fateful smoggy Bhubaneswar morning, I was another cog in the all-encompassing wheel of Infosys. I was 24, I was still trying to get a hold of software programming, boozed and/or doped most nights, and had already attempted once to take my life. I was trying to be in terms with a bad heartbreak, and to top it all, my ex-flame was in the same town, allegedly with another guy. Rudyard Kipling, I believe, once famously said that all of us want to run away from something- if not from a troubled home or childhood, at least from an unpleasant school. At that point of time, I really wanted to run away. From life it seemed.
But then, I digress. On that fateful morning, in between learning to be efficient with spreadsheets, I clicked open a mail from a friend of mine. It was a fairly long note, and the subject was suffixed by the dreaded "Fw:". I was about to use my newly-found alacrity of pressing Shift-Del, but then suddenly, the penultimate sentence of the mail caught my eyes. Stay Hungry, Stay Foolish, it said. And I decided to not go back to my mundane A6-B5 filling up of cells. And am thankful I did.
By now am sure you have assumed, and correctly so that the mail contained a copy of Steve Jobs's famous speech at the Stanford commencement, that for the last few days have been translated and transliterated into every conceivable language by every conceivable newspaper. In 2007, however, it felt orgasmic. It felt like a million suns had exploded in my brain. It resonated as the best poetry I had ever read. The three stories literally had me hooked on. If the first salvo was about connecting the dots, the last straw invariably was about stoking the hunger and stupidity within oneself. It wasn't about reading a billionaire technocrat (honestly, I didn't know it then) ranting about his life. It wasn't about the drivel of a been-there-done-that honcho. Certainly not the pedagogy of a CEO to future business leaders. Rather, it was Bob Dylan. And the Buddhha. Or Vivekananda. And Rajesh 'Anand' Khanna. Or Sharukh 'Kal Ho Naa Ho' Khan. It was Lucky Ali. Or Kurt Cobain. And Allen Ginsberg. And Mohammad Ali. And Che Guevara. And the innate Bohemian we all secretly cherish. And it was all I needed. To come back to life. And solving its eternal puzzle of connecting the dots and expecting that a Mac Air takes shape. Even after churning out a thousand useless prototypes.
Today, when the world mourns the death of a genius. A visionary. An employer. A friend. A husband. A colleague. A classmate. A partner. A father, I feel lost. Because I was not an employee, or son, or fanboy, or colleague, or partner, or techno-blogger, or biographer, or columnist. I was just a believer who Steve Jobs healed. And inspired. And retaught dreaming. And hoping. And had been doing so for the last several months. Every single day.
Bijoya Dashami and Dussehra coincides every year. This year was no exception. As the Hindu diaspora revelled in the defeat of bad by good, I stole in a sly smile. Steve Jobs defeated cancer, didn't he?? After all, he is on the same side as God!!!
Thank you, Steve. Stay hungry stay foolish iWill.
Posted by Annie's Desk at 6:56 AM 2 comments: