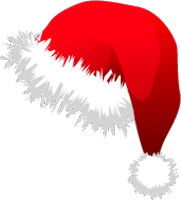 In the last few weeks, I have heard this question being posed to several of my friends from their children who are at an age, where they want to believe in the Big Guy in the red suit, but are a wee bit skeptical. Slightly wary, that the milk and cookies may not be reaching the friendly resident of the North Pole who makes his annual visits through the chimney, vent, or whatever air duct he can fit through.

The simple question has an equally simple and honest answer, though the delivery of that message to a child who will lose a part of his or her innocence forever, is probably not easy for any parent. I liked the approach my friend Amy took, when she told her son Ethan the truth and as harsh as it may have been to the little boy, it was also a poignant moment for him. He will know he can always come to his mom for an honest answer about anything in life and also as he grows older and the mortal sorrow of knowing Santa is "not real" will be replaced by an appreciation for what his parents had done to keep that innocence alive in him and his brothers and little sister.

This and such similar conversations got me thinking on the joys of innocence and sometimes pure ignorance. When I was growing up in India, Santa was an iconic Christmas character but he was not "real" and nor did he bring toys etc. Apart from all the other cultural nuances that I have experienced in the US in the last 12 years, a child's unabashed faith in Santa blew me away. I found it amazing to think that the innocence of a child was so beautifully honed by this fantasy that was only accentuated by all the bells and whistles of the holiday season.

However, in the middle of all this yuletide cheer, the question that I have been pondering for the last little while, is that are we really all that different from Ethan? No matter what age we are in, do we not hope and wish some things were real? Do we not want to believe that bad things won't happen to our loved ones? Do we not want to believe that the ones we love will also love us back with their all? Do we not have our own lists for Santa every year? You would have to be a liar or a prude to answer in the negative to all those questions and are probably better off playing Grinch !!!

The realities of our mundane lives sometimes get the better of us and we forget the beauty of a single snowflake or the wonder in a child’s eyes on a Christmas morning. There are more than enough cold hard facts in this world to make us sit up and take notice of the economy, environment, politics who knows what other grown up stuff. Maybe one day of the year, I want to go back to being that child in me and believing, even if the guy in red suit is a paid employee at the mall, love, hope, and joy are all real and they are always on the Other Big Guy’s list… all we have to do is open our eyes a little bit wider and Lo Behold.. it’s Christmas Morning every day….