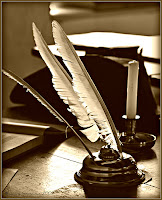 The Battle of Plessey fought in 1757 was of extraordinary importance not only to the East India Company but it demonstrated the utterly corrupt political life in Bengal.  It also showed that the Hindus were absolutely dissatisfied with the Muslim rule in the province.  But still it cannot be maintained that the battle of Plessey firmly established the British rule in India or in Bengal.  The British had still to fight for another fifty years or more to secure that position.