In a one-to-one exclusive with novelist Sweta Srivastava Vikram, My Little Magazine takes a peek into the untraditional life of an Indian woman and discovers the intricacies of human relationships


MLM: How did Perfectly Untraditional happen? 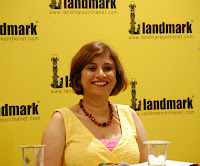